The award-winning Scottish ensemble the Dunedin Consort will explore music’s relationship with nature and look at how the arts can both reflect and inspire environmental concerns. Journeying between Scotland and Scandinavia, an evocative programme of old and new explores the deep-seated connections between these neighbouring landscapes, and the musical themes that course between the two.

Dunedin’s a cappella consort will premiere Yince a Paradise by composer and Lecturer in Music, Dr. Drew Hammond, set to a new text by Isobel McArthur.

The premiere has been jointly commissioned by The Dear Green Bothy, Music at the University of Glasgow, Dunedin Consort, and St Andrew’s Voices as part of Dunedin’s upcoming autumn choral tour.

Pre-concert talk: Join us for a pre-concert conversation with Drew Hammond and Isobel McArthur, hosted by composer Gareth Williams at 18.30. 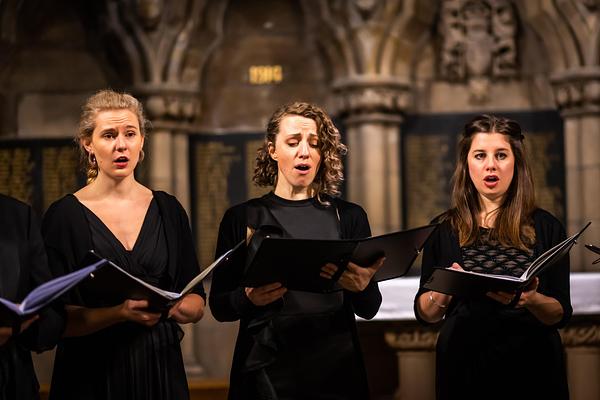