The Whithorn Trust will be creating a 3D survey and model of Chapel Finian on the North West coast of the Machars in Dumfries and Galloway : this important landing place for pilgrims from Ireland, heading for the pilgrimage site at Whithorn is one of the sites in the North West coast of the peninsula which is at risk due to the potential for rising sea levels and increasingly high energy storms. We aim to create a detailed survey which would potentially enable the reconstruction of the building if it were lost, raise awareness among local communities and schools of coastal heritage at risk, and present our findings to an online audience.

Alternative text for image: LiDAR image of the Machars peninsula, southern end at the Isle of Whithorn. 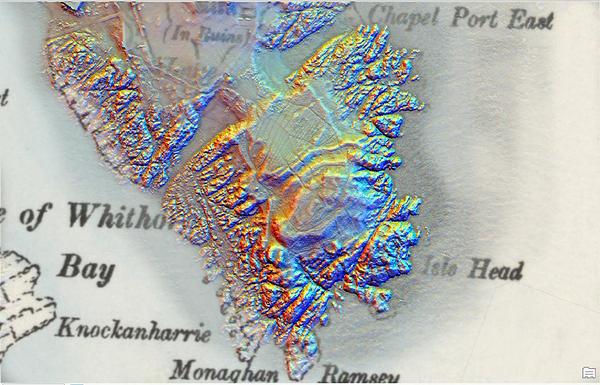